Eventually, I finished android lecture that is introduced on previous post In this lecture, I learned how to use Eclipse, Java and of course Android SDK

After coming home, I tried to creating a environent for android application development. However only installing Eclipse and creating same environment to lectures one makes me tired. So I create this environment with IntelliJ IDEA.

From here, download android SDK. But there is one thing to pay attention. You don’t have to install ADT bundler version, bacause this package includes Eclipse and its plugins. With IntelliJ IDEA, these are not necessary to install.

And then, unzip this package. Put android-sdk-macosx on any directory. For example, I put on my home directory. 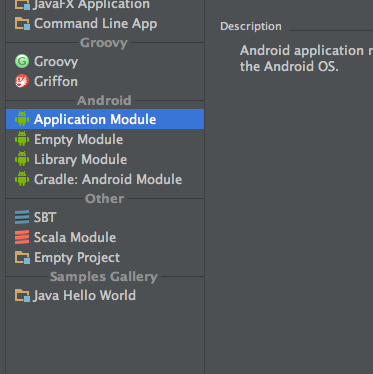 And select android SDK version that you installed previously. In this capture, I selected API version 19.

But unfortunately, android simulator is no more faster :(

I pray for the faster android emulator to Google.